Krum Selabak Khmer M’kut Meas (K.S.K.M.M) is Rochester Minnesota’s very own classical performing dance group of Watt (temple) Dhamma Visudhi Karam as of 2019. The title of the group was carefully selected by the Monks of the temple. The dance group consists of students of all ages. This is a non profit organization funded by fundraisers hosted by the families of K.S.K.M.M. Our intentions are to build up the Khmer community, create unity and enlighten others about Khmer culture.

A group of like minded jazz and blues lovers, Madison Parish Ensemble brings the sultry sounds of the jazz scene from the classics to modern fusion of jazz and R&B and the Blues. This amazing ensemble was established in 2012 performing almost exclusively in the restaurant scene and private party sector to now branching out in the local party scene and outdoor markets.

Hyooman is an Alternative/Indie Rock band from Minneapolis, MN. The band formed in October 2020 as the brainchild of songwriter Leng Moua who sought to make an album with his friend and former bandmate (now drummer) McCoy Seitz at McCoy’s studio, Casino Time. The band was later joined by Tamara Alswager, Dillon Marchus, and Elise Bremer. The band is somewhere in between the bedroom pop of Alex G and the 90s/early 2000s Alternative Indie rock sound such as Grandaddy or Built to Spill.

There is a series of AMAZING cultural exhibitions and activities throughout the building- including origami folding & lantern painting.

There will be no admission fee to visit the Rochester Art Center the night of the event. 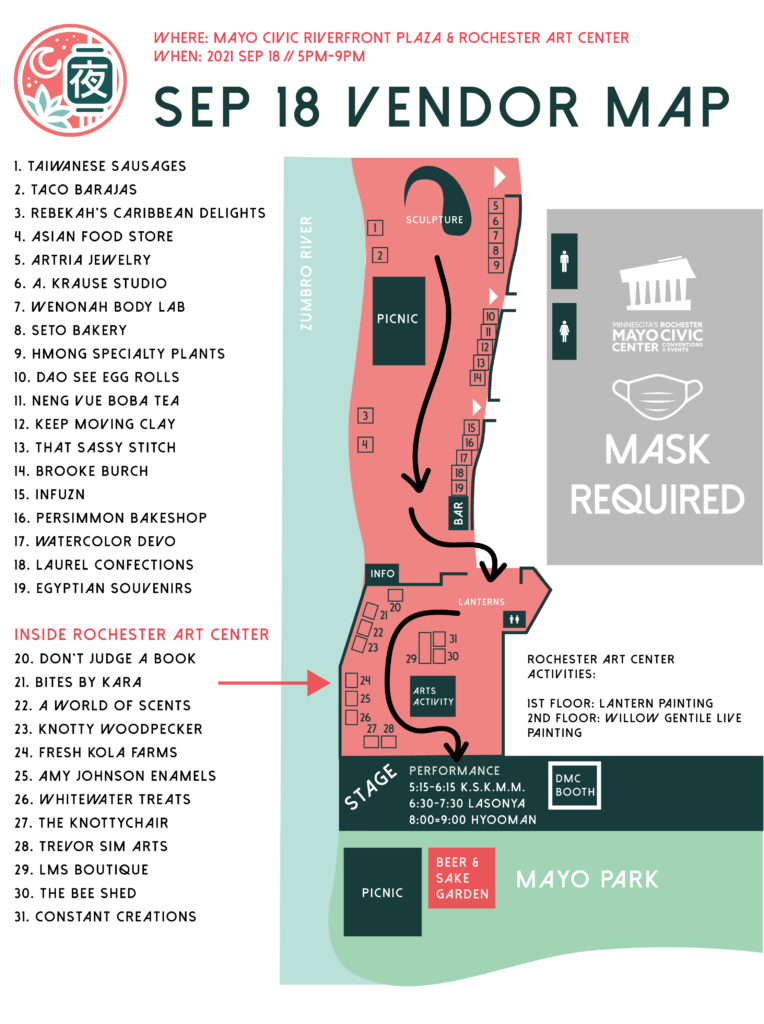 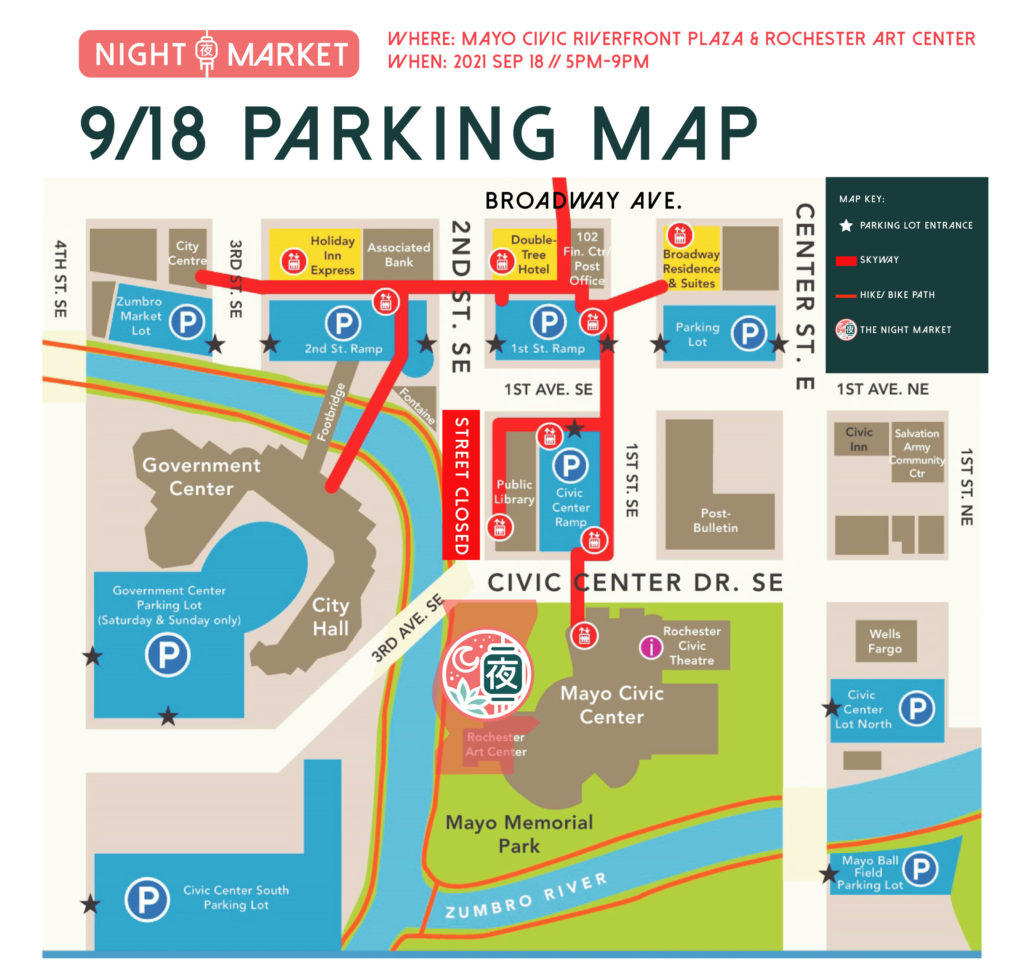 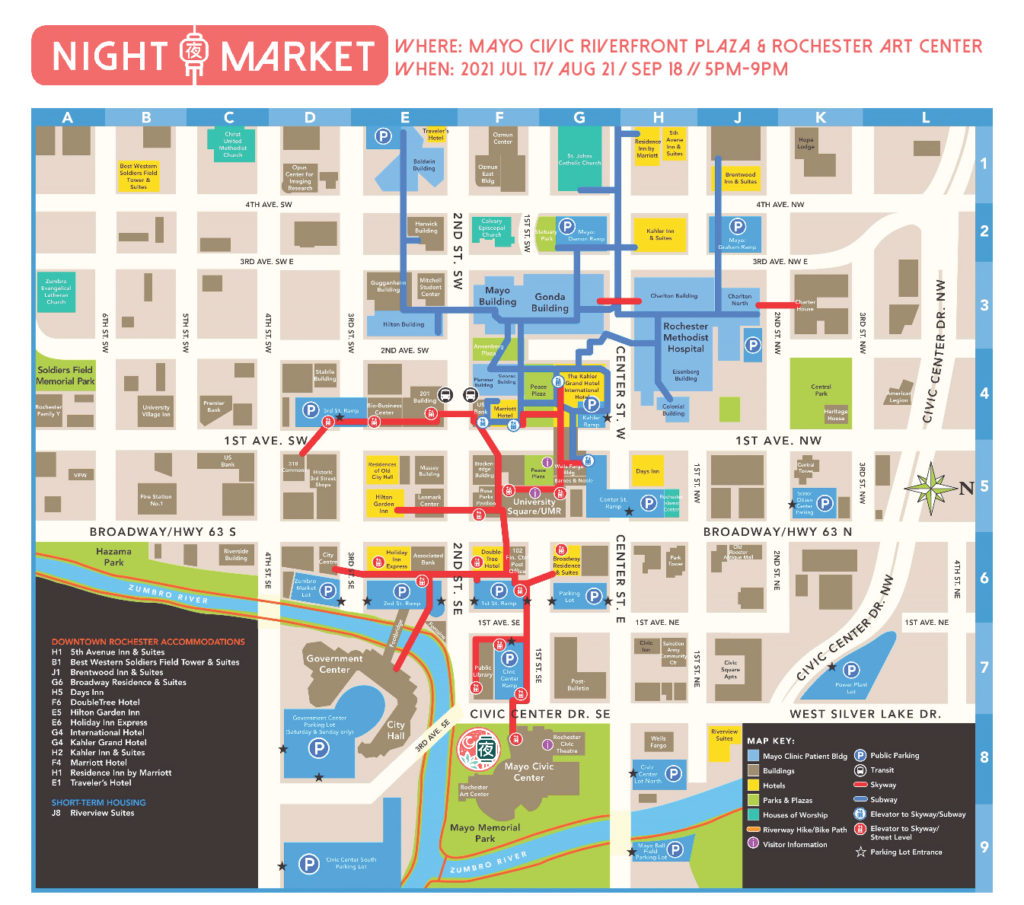 PERFORMING 7/17 7pm-9pm
Sothea Lam of Push and turn will be playing at Rochester Art Center. His music consists of beatboxing and adding layers of guitar and bass that will have you grooving in your seat. The music exploits positivity, and attendees appreciate the inclusive and danceable approach.

Samuel “Snacks” Hawkins was born in the volunteer state but raised in bluegrass and influenced by jazz and Hip Hop to bring you a spoken-word experience that will not only entertain, but will also make you think.

Mila Miranda is an electro-pop music producer, singer, and writer. Born in Trujillo, Peru always had a dream of becoming an English singer so she decided to pursue her dream by moving to the United States. Her NEW ALBUM ” FAMOSA” speaks to her roots in the LATIN community all over the world. This will be Mila’s first public performance in Rochester!!!

Listen to mila on spotify

Doctors in Helicopters is a musical duo formed by Obaid Khurram and Matt Fogarty. Their name comes from the debut Oasis single, highlighting the influence of British rock on their sound. DiH cover songs from bands such as The Beatles, The Stone Roses, The Cure, Radiohead, Oasis, Death Cab for Cutie, and more, and play original progressive rock inspired by the bands that they cover. In 2021, it’s basically just neo-dad rock (dad bods not included).